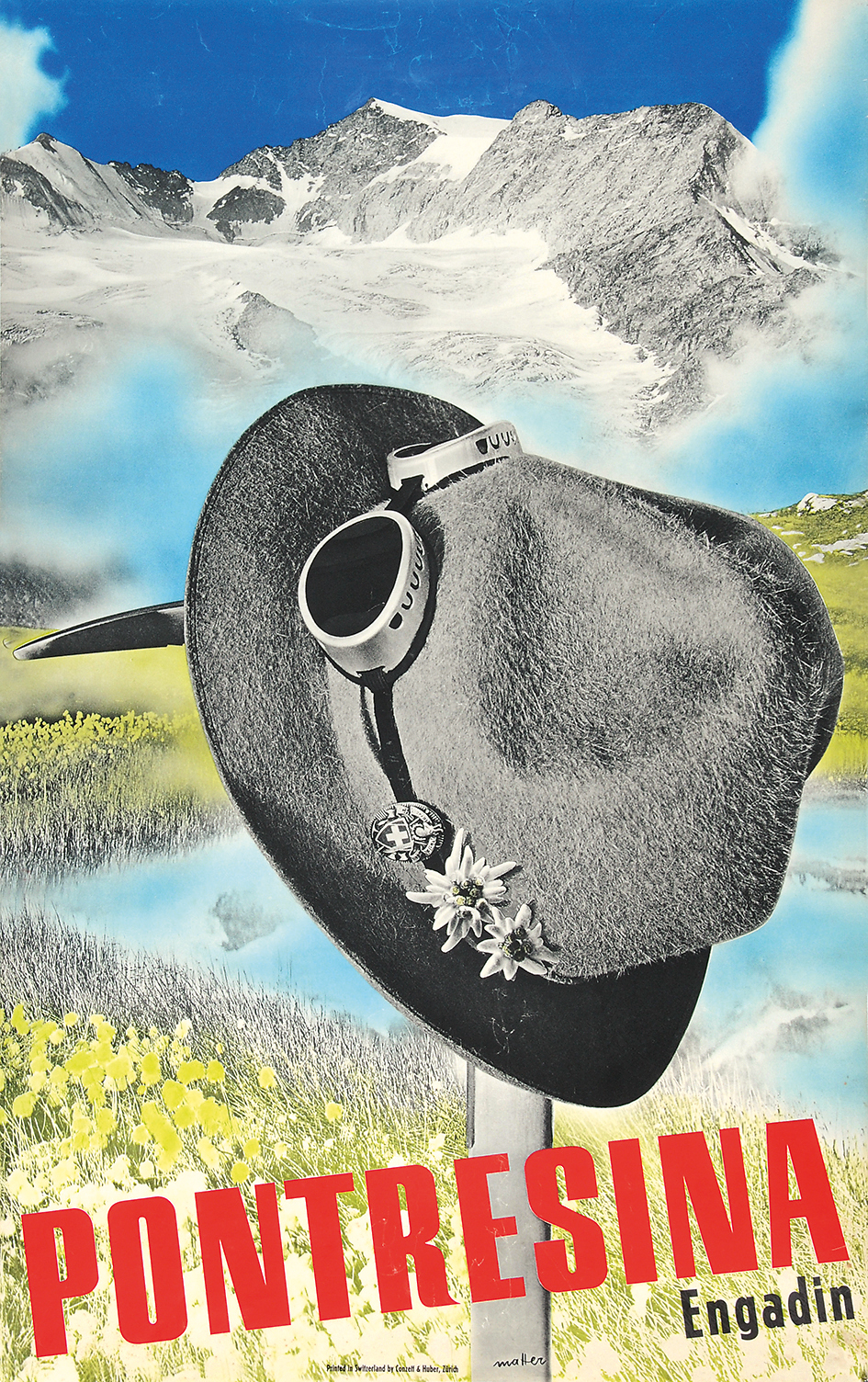 Born in Switzerland in 1907, Herbert Matter studied in Paris, where he worked with Ozenfant and Cassandre. In 1932 he returned to Switzerland and designed a number of advertising posters for the Swiss national tourism office (Schweizerische Verkehrszentrale) between 1934 and 1936 which received international attention. His unique use of photomontage and typography was a precursor to the modern photographic poster. In 1935 Matter moved to New York, where he opened a photography studio, worked for clients such as Harper’s Bazaar and Vogue, taught at Yale University and acted as an advisor to the Guggenheim Museum.