Lot 13 / Important Paintings, Sculptures, Watercolors, Drawings and PrintsMonday, 23 November 2020, 06:00 pm
For watchlist features, cookies must be enabled. (How to enable them learn here.)
Save in watchlistPrintPrint blank Absentee Bid FormInquiry 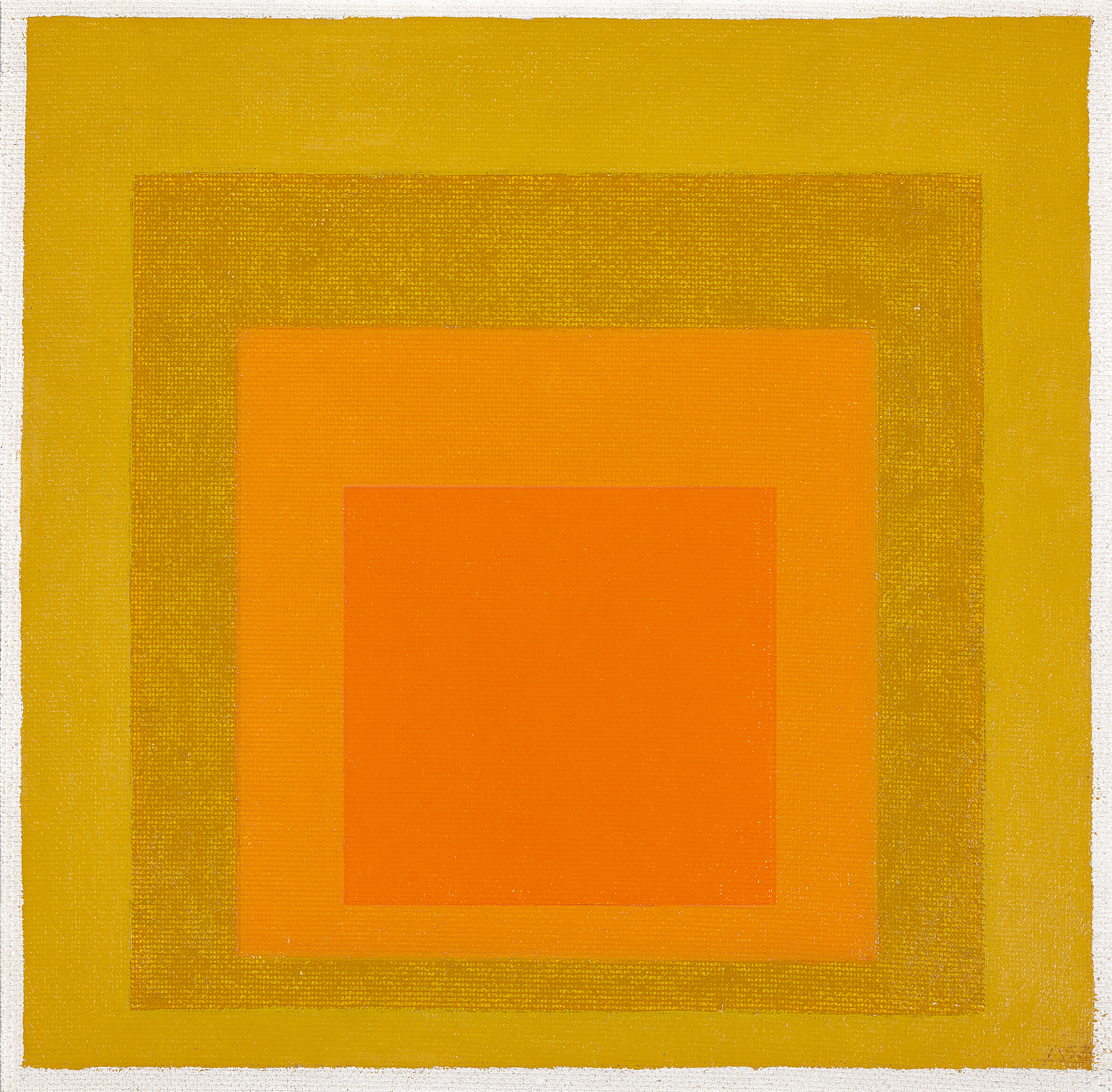 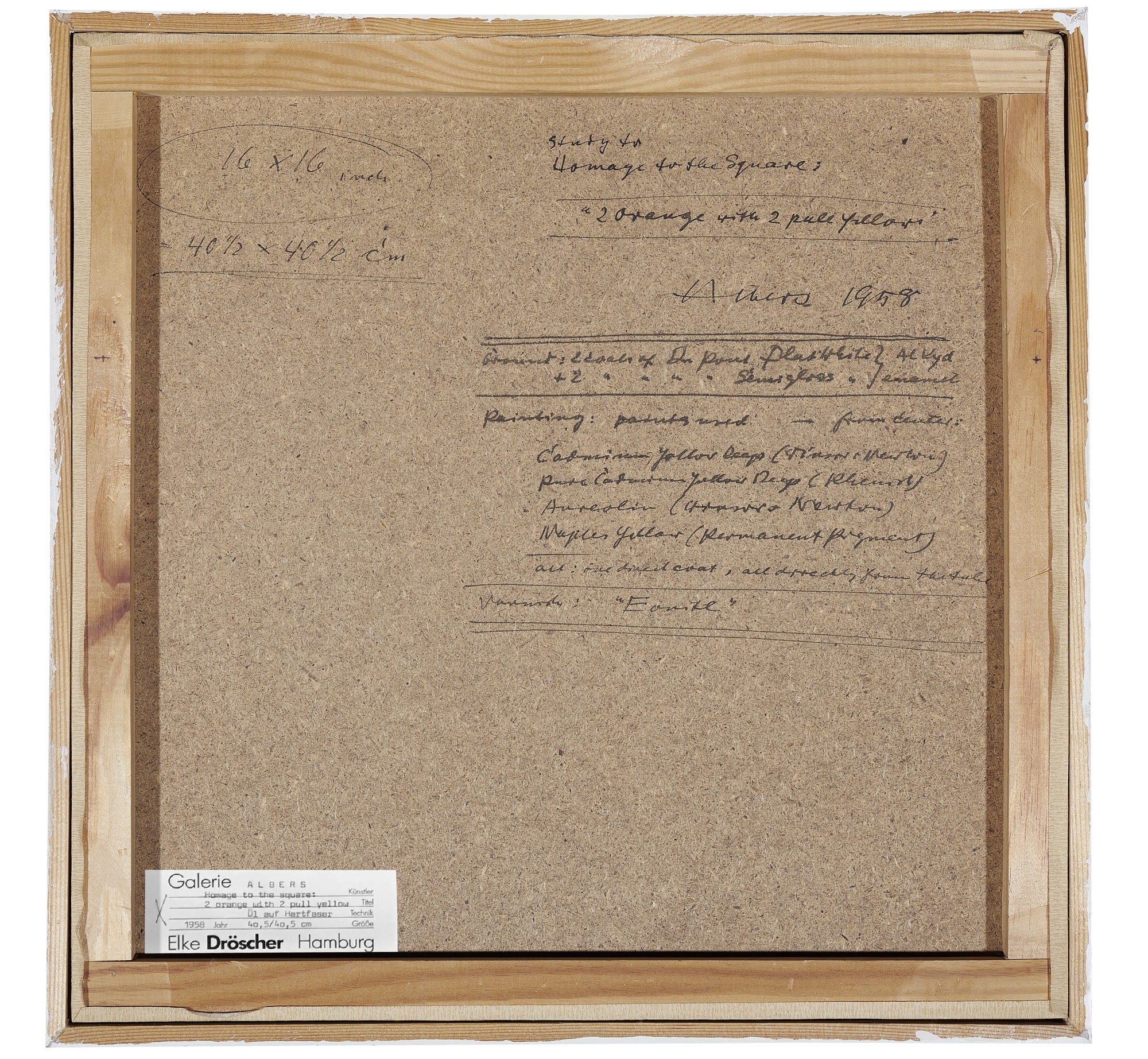 Signed with the monogram and dated lower right: A, 58.
Verso signed, dated and titled: Albers, 1958, Study to Homage to the Square: "2 Orange with 2 pale Yellows" and various multi-line, handwritten details to the work.
(Frame).

Authentication:
Certificate of authenticity issued by Dr. Jeannette Redensek, The Josef and Anni Albers Foundation.
The work will be included in the forthcoming Catalogue Raisonné of Paintings.
No. JAAF 1958.1.93.

Like other artists of his generation, the long-time professor at the Bauhaus Josef Albers moved from a figurative style of picture making towards geometric abstraction. The work 'Study to Homage to the Square: 2 Orange with 2 pale Yellows' from 1958 is part of a study that Albers began in 1949/50 and which occupied him for over 25 years until his death.
The paintings of his signature series 'Homage to the Square' are very simple in structure: they each consist of three or four superimposed squares. The oil paint is applied directly from the tube onto a white, primed masonite plate. On the back of each work Albers wrote detailed inscriptions, recording the technical data of the painting's creation.
Through the simple composition of the picture and the constant repetition of the picture formula, with changing colour tones and intensities, Albers explored visual effects that result from the interaction of colour and form. With the series he also analysed the psychological effects of the paintings on the viewer and illustrated the mechanics of vision.