Lot 24 / Important Paintings, Sculptures, Watercolors, Drawings and PrintsMonday, 23 November 2020, 06:00 pm
For watchlist features, cookies must be enabled. (How to enable them learn here.)
Save in watchlistPrintPrint blank Absentee Bid FormInquiry 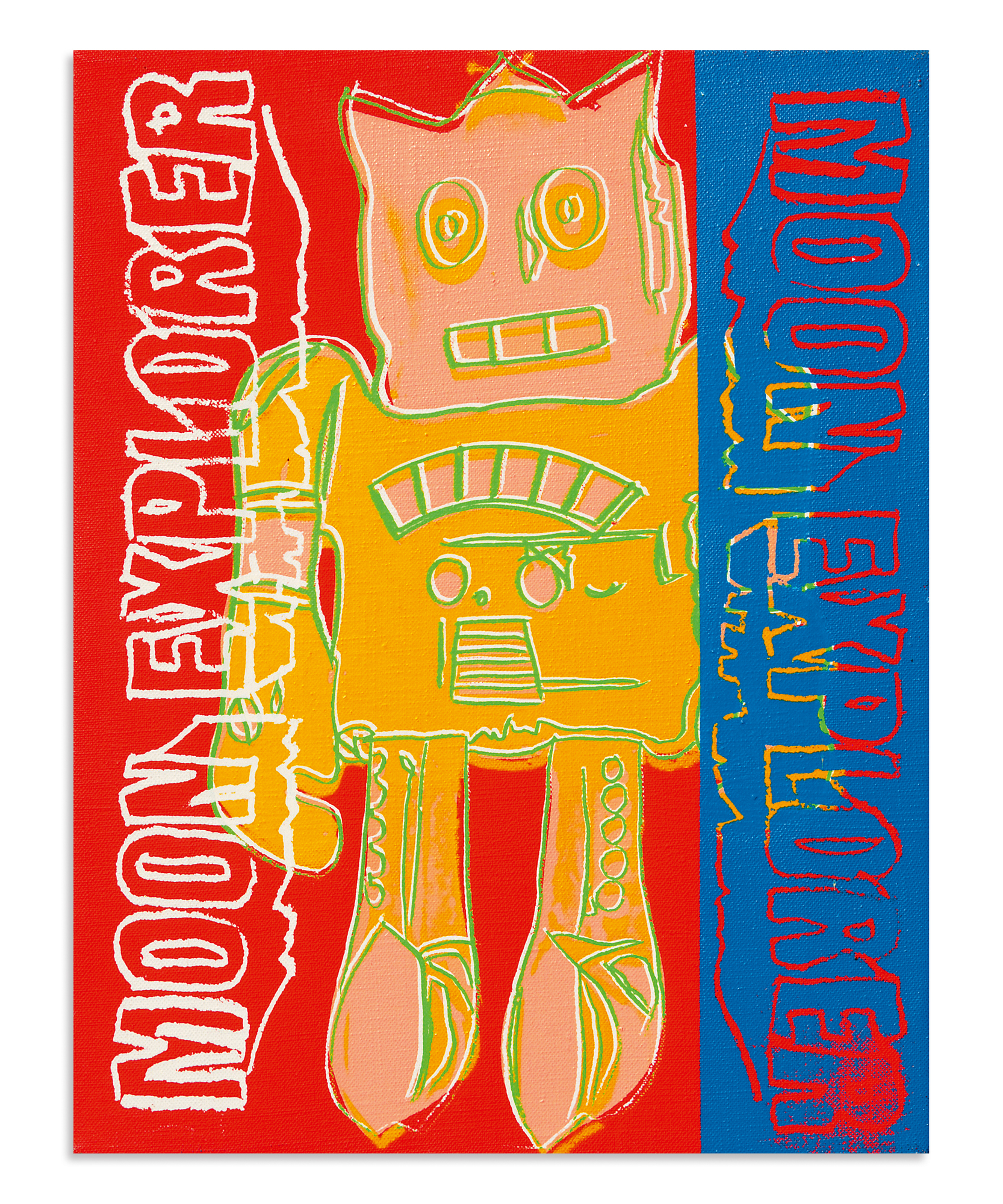 In 1982 the gallery-owner and friend of Andy Warhol, Bruno Bischofberger, asked the artist to create a group of small works for children. Warhol responded with his series of Toy paintings. The colourful silkscreen paintings feature monkeys, parrots, dogs, clowns, and robots, all inspired by the artists own collection of clockwork toys.
In1983 the series was shown at the Galerie Bischofberger in Zürich. The works were installed on a wallpaper of silver fish swimming on a blue blackground and each painting was hung at eye level for three- to five-year-old children. As Bischofberger describes in his 'Brief History of my relationship with Andy Warhol' from 2001, adults had to stoop down to examine the artworks closely and an entry fee was charched for visitors not accompanied by children under six.
Warhol's 'Moon Explorer' from 1983 was shown for the first time at this exhibition and is prominently featured on the wall in documentary photographs.