Lot 68 / Important Paintings, Sculptures, Watercolors, Drawings and PrintsMonday, 22 November 2021, 06:00 pm
For watchlist features, cookies must be enabled. (How to enable them learn here.)
Save in watchlistPrintPrint blank Absentee Bid FormInquiry 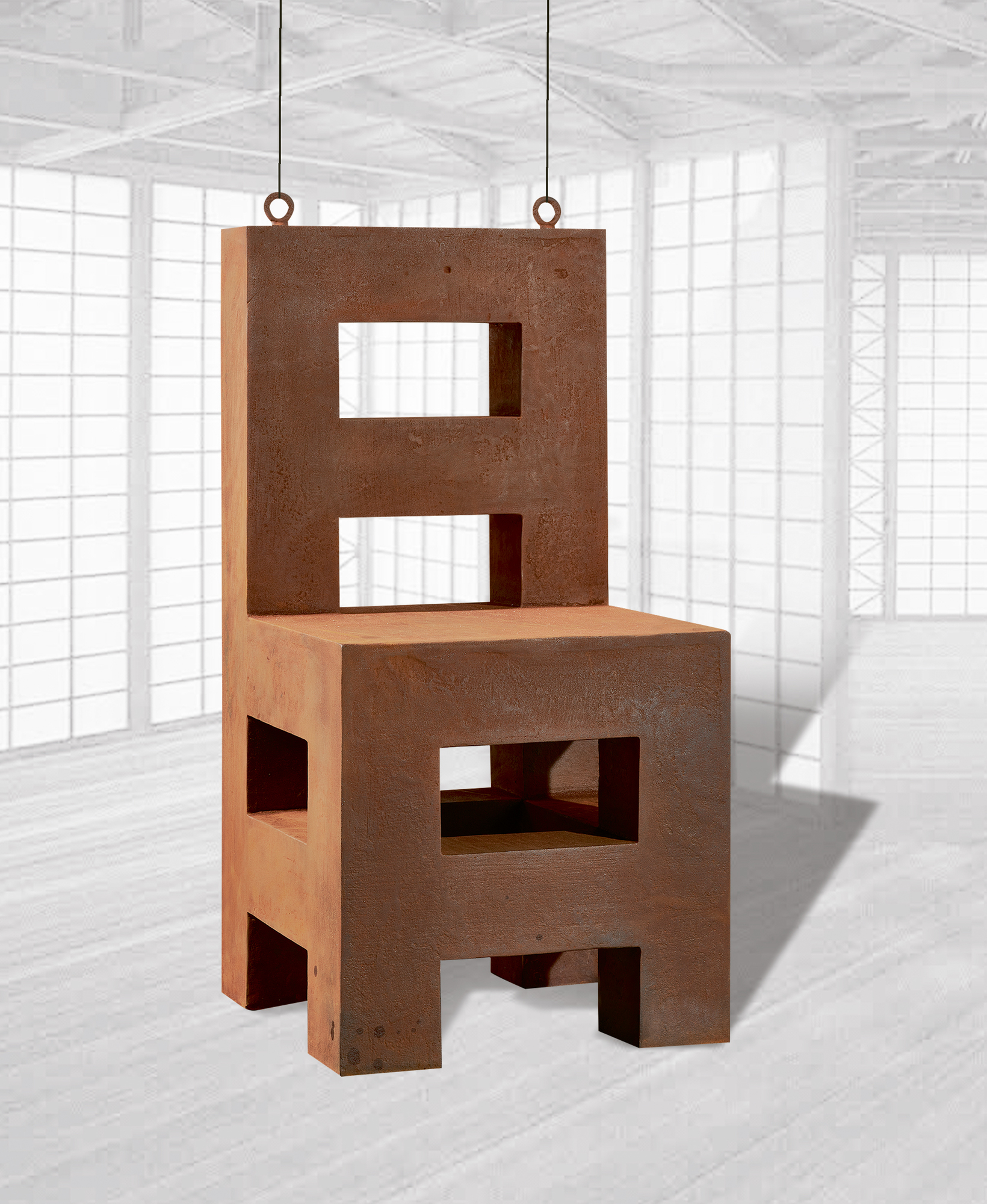 "HEAVYSEAT is 1,300 pounds of cast iron. I wanted to make a chair of conventional dimensions that was so dense that one would have difficulty sitting solidly down on it. One would tend to float off the chair. Emotionally and physically, one could never sit as heavily as it could."
Peter Shelton, Los Angeles 1985.

We would like to thank Peter Shelton and Angela Hanka and also Jess Pillar and Kimberly Davis of the L.A. Louver Gallery, Venice CA and also former Louver Gallery, New York, for their kind assistance cataloguing the artwork.