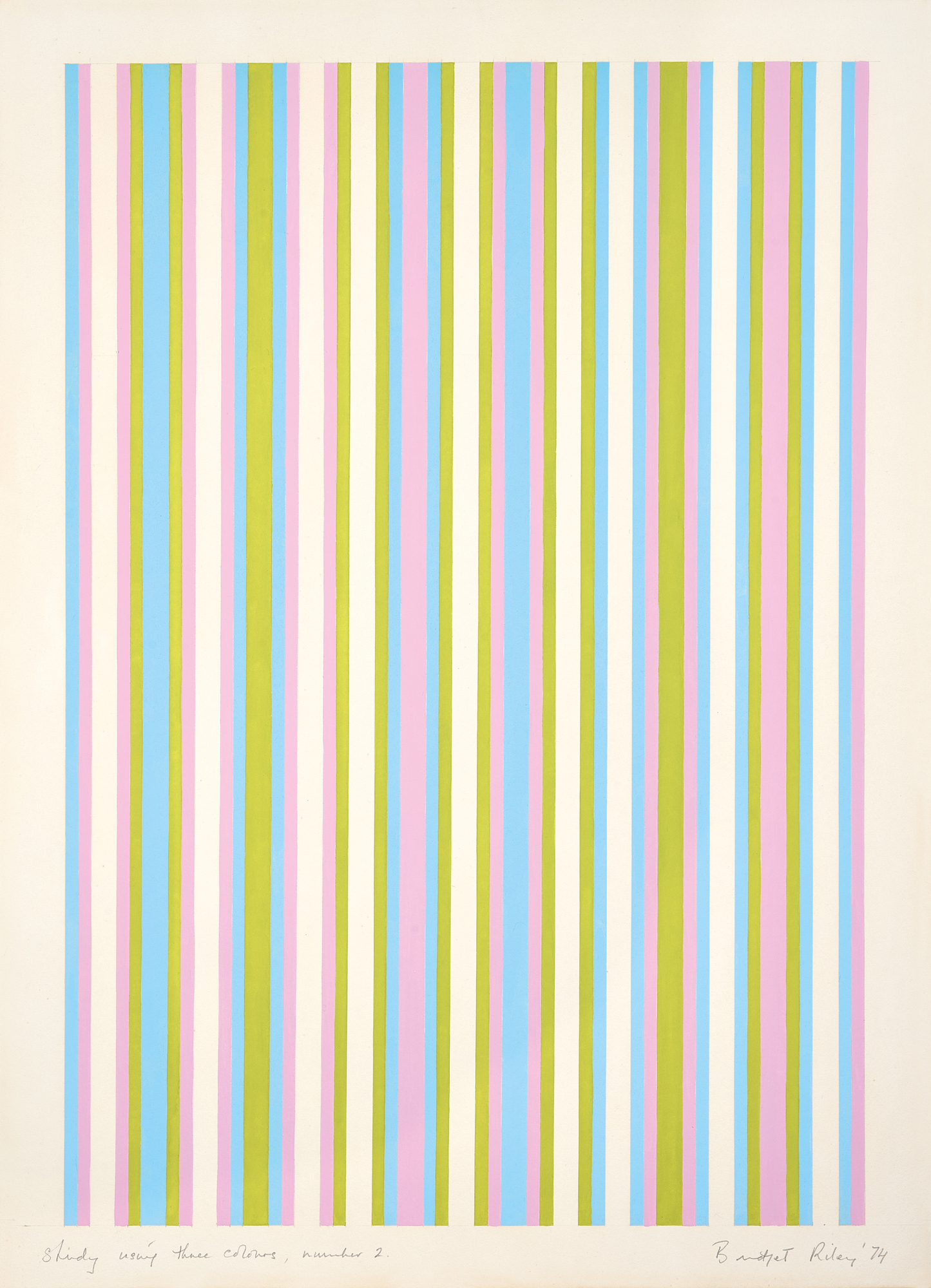 The work is registered at the Bridget Riley archive.

„No painter, dead or alive, has ever made us more aware of our eyes than Bridget Riley“
(Art Rewiewer Robert Melville 1971 about Bridget Riley)

The perception of color plays an important role in the art of Bridget Riley. Of interest to her are on the one hand the relationship of colours to each other and how they influence each other. On the other hand she explores how the mutual effect of different colours impact their perception.

Born 1931 in London, Bridget Riley spends her childhood and her youth in Cornwall in the south west of Great Britain and in 1949 she returns to the capital. She then studies art at Goldsmith College as well as at the London Royal College of Art. Riley is fascinated by the post impressionism. In her early work she deals with compositions by Henri Matisse and Georges Seurat and she experiments with chromaticity and pointilisitic brush strokes.
In the early 1960s the artist strives for a new direction in the phenomenon of perception. She dedicates herself to the Op-Art movement, a direction in style where the essential elements of painting like form, line and colour are being explored for their effect provoking optical illusions. Soon Bridget Riley receives recognition for her abstract patterns whose range at first is reduced to black and white. In 1965 she takes part in the exhibition "The Responsive Eye" at the Museum of Modern Art in New York and in 1968 she wins as the first woman the international price for painting at the 34th Biennale of Venice. Driven by the constant fight with questions of perception Riley studies the works of old masters at the Munich Pinakothek as well as in the Prado in Madrid. Inspired by her travels she returns in the early 70s to colour. The first works after this expansion show sequences of colours in stripe form. Riley separates the identifiable hues by achromatic colours (white, gray or black), creating a special surface structure.
“Study Using Three Colours, Number 2” from 1974 is an early example for this usage of colours where she creates a vivid play of lights.