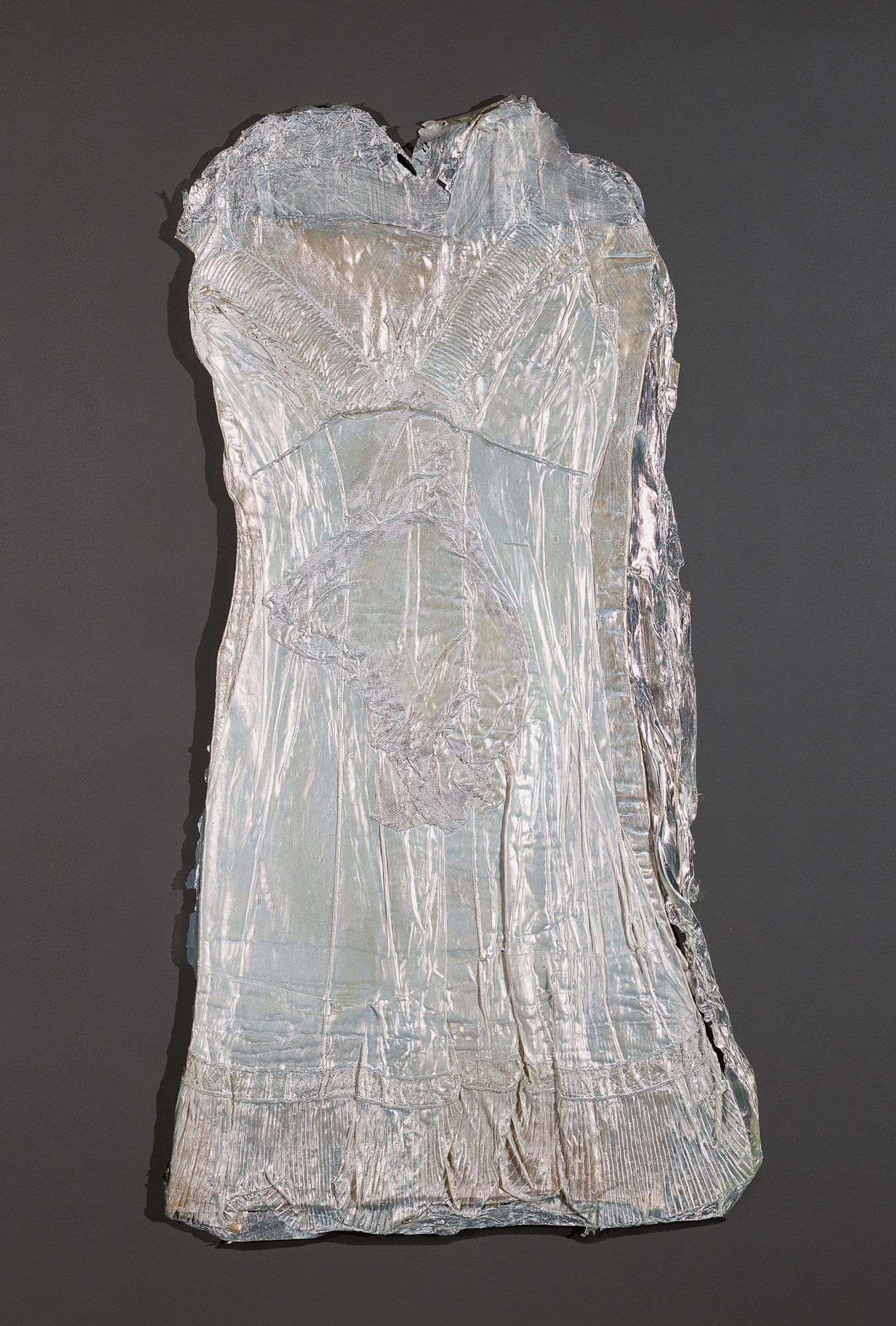 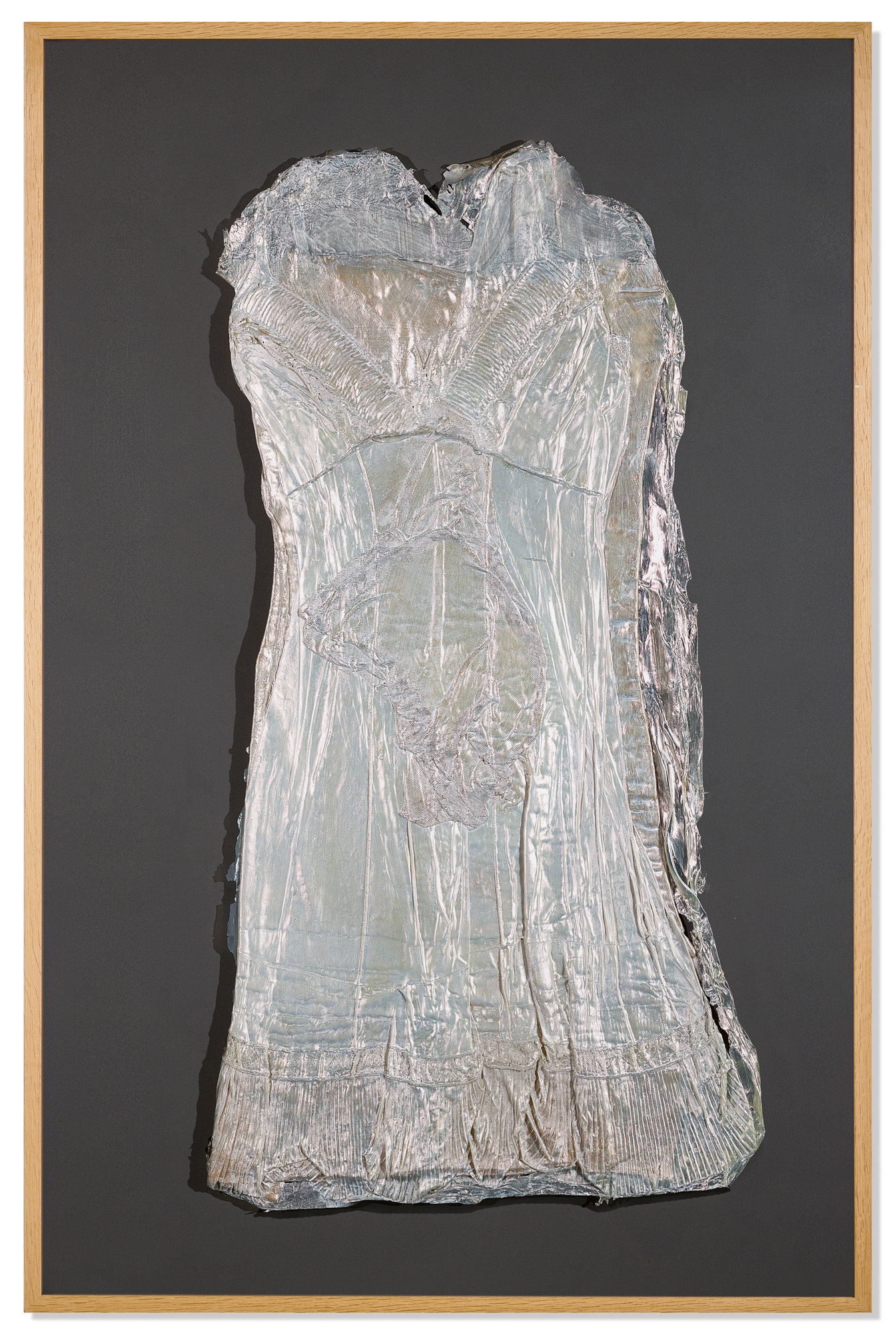 Heidi Bucher wants to expose rigid conventions, to question them and to overcome patriarchal structures. Within these topics the artist includes her own role in society as woman, as mother, as single parent and as wife. In the mid of 1970s, before she begins with her characteristic architectural and human latex "skinnings", she starts transforming female connoted female materials. In 1973 she returns with her family to Switzerland after stations in Canada and the United States. At that time she begins to work with latex and casein glue. She soaks fabric like aprons, dresses or underware in fluids whereby the surface of the former functional garment acquires a solid form after drying. The present work : "Ohne Titel (Unterrock)" is dated between 1973 and 1977 and it is part of the St. Paul- de- Vence series by Heidi Bucher.
The petticoat which was originally for domestic use, hereby gets new sensuous, poetic meaning. The artist gives the new structure a shiny exterior by using iridescent pigment of mother of pearl.

Heidi Bucher’s complete work is shown in the exhibition ‘Metamorphosen II’ in the Muzeum Susch. Her oeuvre is positioned prominently within feminist art and she is seen as one of the most important female artists of the 20th century.